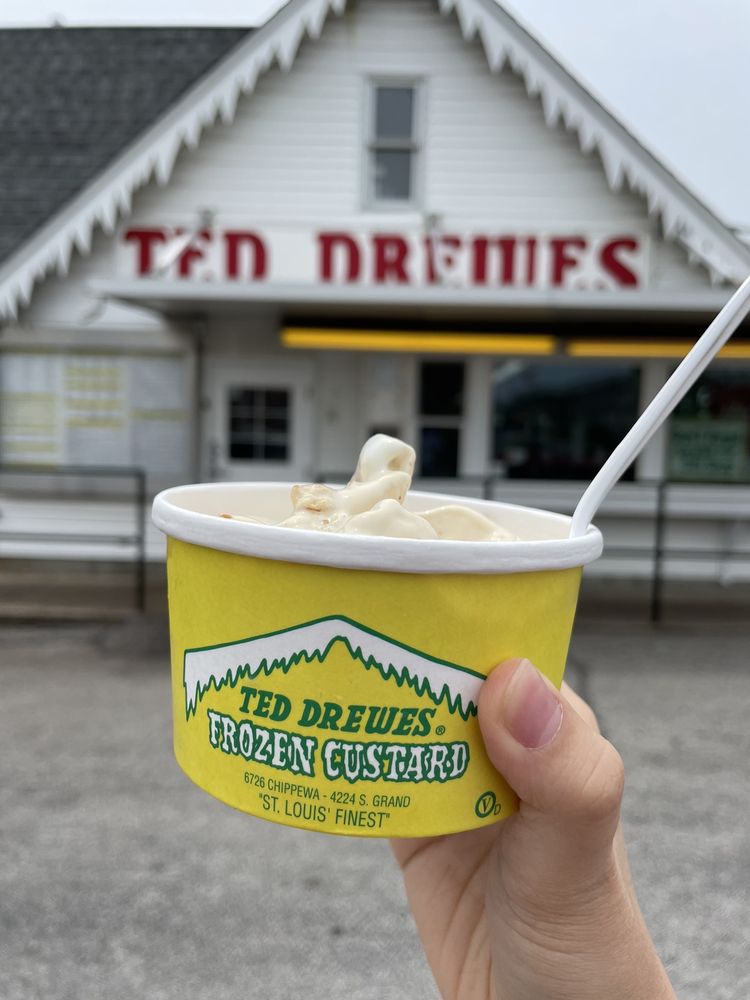 Ted Drewes has been selling frozen custard and Christmas trees for decades, with an attention to quality that has made his trees and custard the finest in St. Louis. It all started when Ted Sr. opened his first ice cream store in Florida in 1929, followed the next year by an other store on Natural Bridge in St. Louis and the South Grand store in 1931. In 1941 the family opened a second south side stand which is the current Chippewa location, old route 66. By 1958, the south side stands were all that remained. According to Ted Jr., the success of the operation has brought it nationwide attention in the form of offers to franchise the stands. He said such offers pour in quite frequently. However he has never agreed to franchise and he says that he never will. Featured on Season 4 of Man vs. Food!

I had high hopes and expectations for this place after reading all of the glowing reviews. However, I think a good portion of the reviewers who gave 4-5 stars are doing so because this place is... Read more

A St. Louis Classic Went to Ted Drewes on a chilly Saturday evening. I ordered the pumpkin pie concrete and it was amazing. I loved the pieces of pumpkin pie crust to contrast the light custard. Read more

Ted Drew's is a great summer stack for you and your family. There are many different flavors to choose from and it is over a great place to eat. Read more