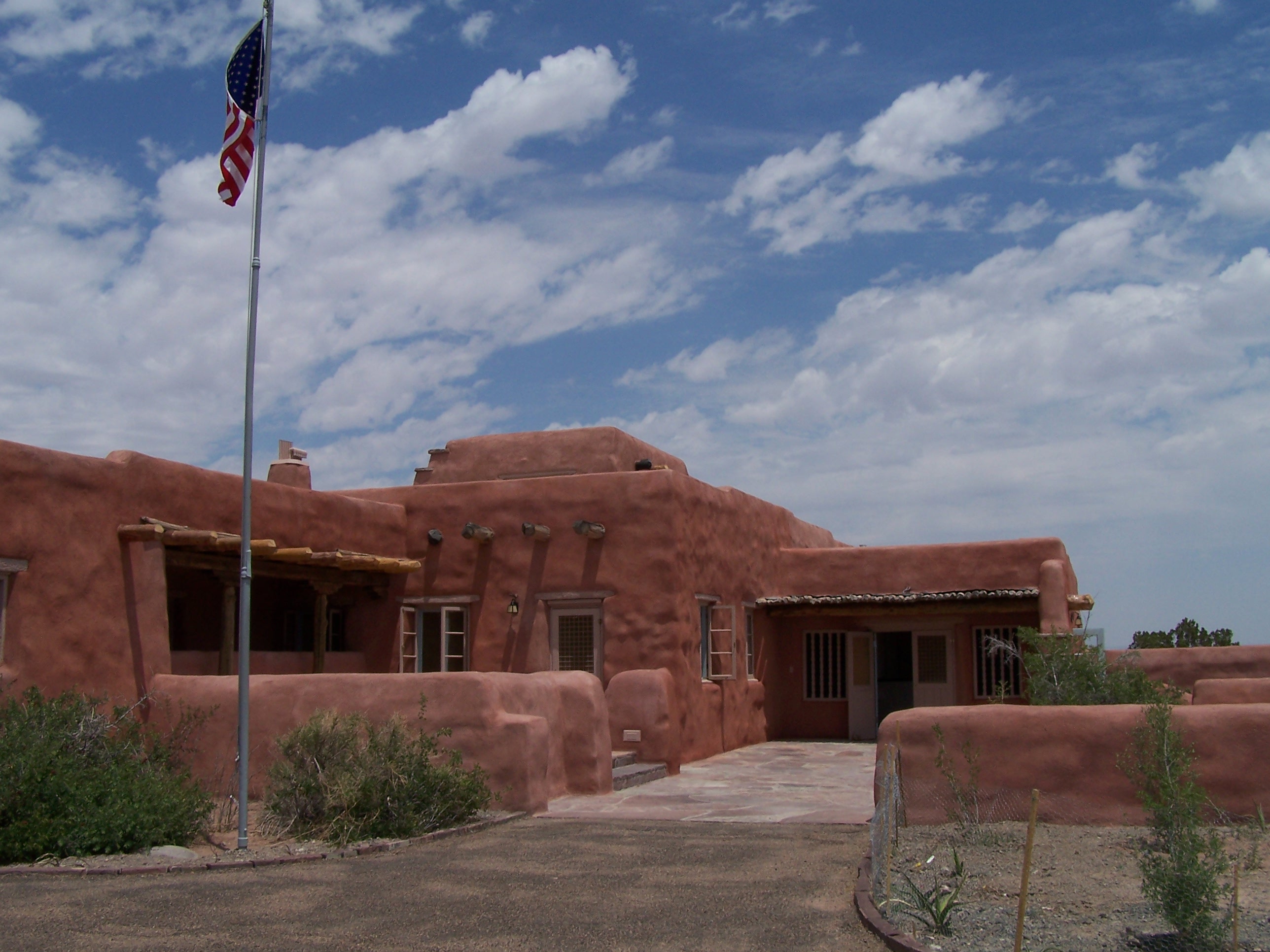 Painted Desert Inn is a lodge in Petrified Forest National Park in Arizona. It was built in 1937–1940, on the site of an earlier lodge, the Stone Tree House. It was designed in 1937 by National Park Service architect Lyle E. Bennett and others from the Park Service Branch of Plans and Design. Construction was carried out by Civilian Conservation Corps labor. After updates by Mary Jane Colter, it was operated by the Fred Harvey Company from 1947 to 1963, when it closed. Demolition was proposed in the mid-1970s, but after public protests the building was reopened for limited use in 1976. It was declared a National Historic Landmark in 1987. The old Inn buildings were extensively rehabilitated, and reopened as a museum and bookstore in 2006.

A classic southwestern style structure. Impressive inside and out. Walk around the back side and you will see where the guest rooms were. There is an artist in residence program so check out the exhibit.

The lodge is pretty, but the ride through the painted desert is what is really beautiful. Gorgeous.

part of the "trail" through the painted desert petrified forest...It closes at 4:30! so I didn't get to see in it.

Worth the stop. The park headquarters was designed by Richard Neutra (mid-century architect) and the Painted Desert Inn provides an awesome background for photographs.

Be the first to add a review to the Painted Desert Inn.