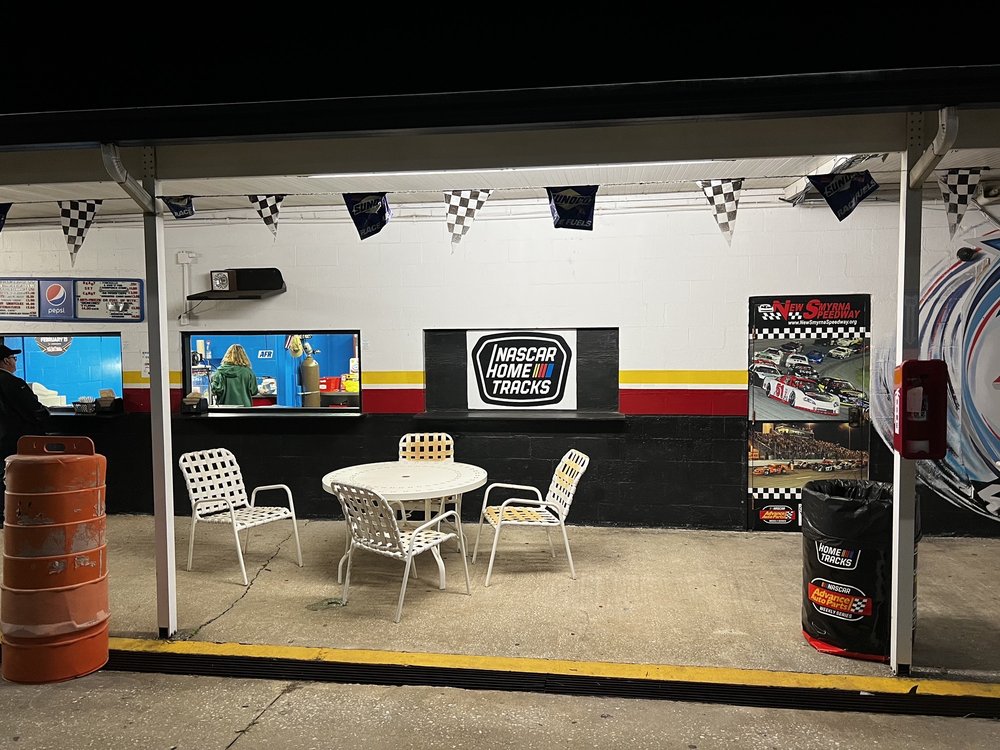 Located a few miles down the road from its more celebrated neighbor (Daytona International Speedway), New Smyrna Speedway is the place to be for hard-core racers during Speedweeks. Why not? The high-banked, half mile’s World Series of Asphalt Stock Car Racing featuring everything from NASCAR Tour Modifieds, ‘SK’ Type Modifieds and Late Models to Sprint Cars and Pro-Trucks attracts many of the stars of NASCAR as fans and competitors. Tony Stewart , Ryan Newman, Mark Martin, Geoff Bodine and Kyle Busch are just a few of the Sprint Cup drivers who have raced at New Smyrna, and the track has proven to be an increasingly popular test venue among Sprint Cup, Nationwide and Camping World Truck Series teams. New Smyrna Speedway was originally built in 1964 utilizing a clay surface but was paved with asphalt three years later when the World Series of Asphalt Auto Racing was launched.

It is a great experience bought this for my spouse for Christmas he had a great time. We ended up buying the ride along with a pro will we were there just because it looked amazing which he said... Read more

My boyfriend and I are big race fans. This track has sentimental value to him, but I'm used to much higher standards when it comes to venue. The standard of racing and the quality of the staff... Read more

I love watching short track racing live. It's one of my favorite things to do. This was my first time out to New Smyrna Speedway. They have a pretty nice facility out there. Parking is in a nice... Read more