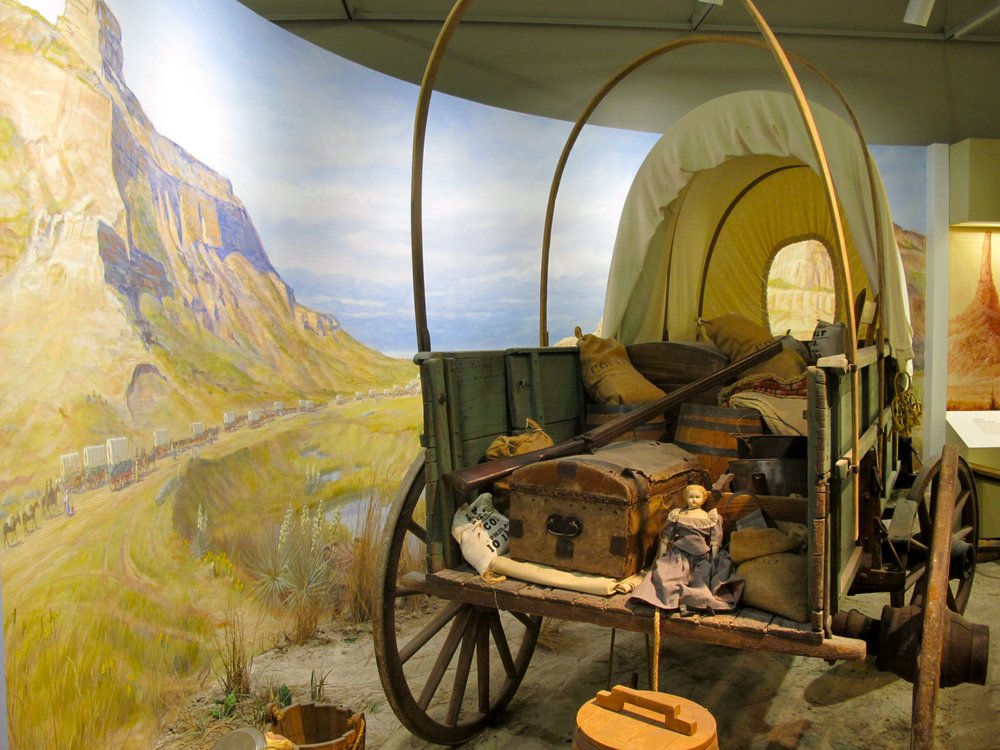 “learn about one of the most fascinating epic in American History”

One of the most fascinating epics in American History is the story of the overland migrations across the western American wilderness during the mid-nineteenth century. Thousands of wagon trains slowly snaked their way along rugged trails, crossing wind-swept prairies, barren deserts, and formidable mountain ranges. The pioneer adventurers faced storms, mud, swollen rivers, accidents, deserts, choking dust, thirst, deadly plagues, and many other dangers to seek trade, new homes and opportunities in the West. Many did not survive the grueling journey, with tens of thousands of unmarked graves silently guarding the trails today. This extraordinary saga ranks today as the largest voluntary, overland mass migration in the history of the world. The three principle trails which crossed the West were the Santa Fe, Oregon, and California. The Santa Fe Trail, begun in 1821, was a 900-mile foreign trade route unique in American History due to its overland rather than seafaring commerce. The 2,000-mile Oregon Trail began to be heavily traveled in 1843 by settlers wanting to establish new homes in the northwest, while others forked off on the equally long and grueling California Trail to seek their fortunes in the gold fields. Together, these three rugged pathways and their pioneers changed the face and history of America.

We came here years ago with our youngest son, long before we actually lived in this area. Coming back after so many years, I can say that the place was pretty much exactly as I'd remembered it.... Read more

We both had a blast here with our family members, as there's something for everyone here, from the kids up to the elderly patriarchs and matriarchs of our crazy, Southern, dysfunctional clan. We... Read more