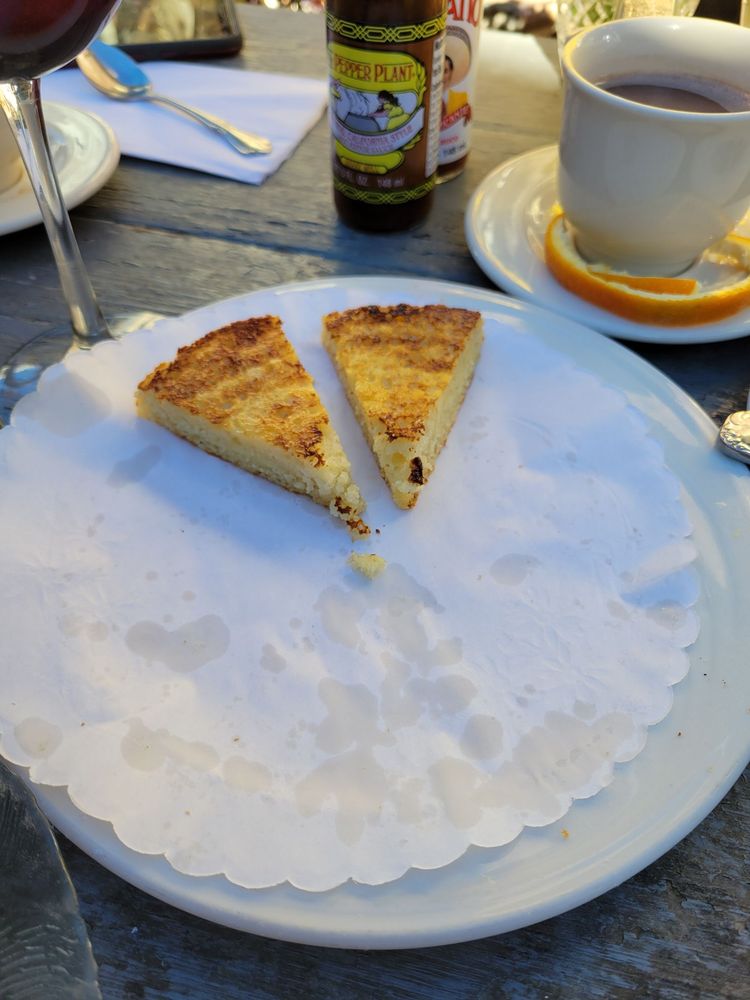 The Tuck Box was constructed by designer-builder Hugh Comstock in 1927, either as his office or in response to his wife's hobby of making "Otsy-Totsy" dolls. It was first used as a restaurant in the early 1930's and was named "Sally's". The building just to the rear was also built by Comstock in 1929 and was used as a garden shop, and much later as The Tuck Box Gift Shop. The kiosk next to the patio gate was added in 1931. In the early 1940's, two sisters from England started the small tea room which they named The Tuck Box. After operating the restaurant for eight years, Mrs. Bumbridge and Mrs. Watson, sold to another British couple, John and Elsie Grandfield. Elsie's delicious recipes have had the greatest and most lasting impact on The Tuck Box. Many are still in use today. In 1948, the Grandfields hired young Lucille Pinkston who eventually bought the restaurant in 1960. By 1964, Lucille had become Mrs. Glenn Berry and the couple also bought the property. In 1976, Glenn and Lucille sold the property and business to another long-time employee, Aleen Hillbun and her husband Harvey, thus ending Lucille's twenty-six years of association with and devotion to The Tuck Box English Tea Room.

Located in downtown Carmel, this restaurant is small and very into it but yet has everything you need for a great experience. The staff is awesome and are constantly making sure you're doing well.... Read more

Food was okay. Service was not good. Mandatory service fee of 20% that isn't disclosed in the menu. And when asked if tip is included she said no LOL. Nonsense rules like minimum spend amount... Read more

Lovely people and good food. If strong coffee is your thing, bring your own. Oh and it is cash only so be prepared. Read more