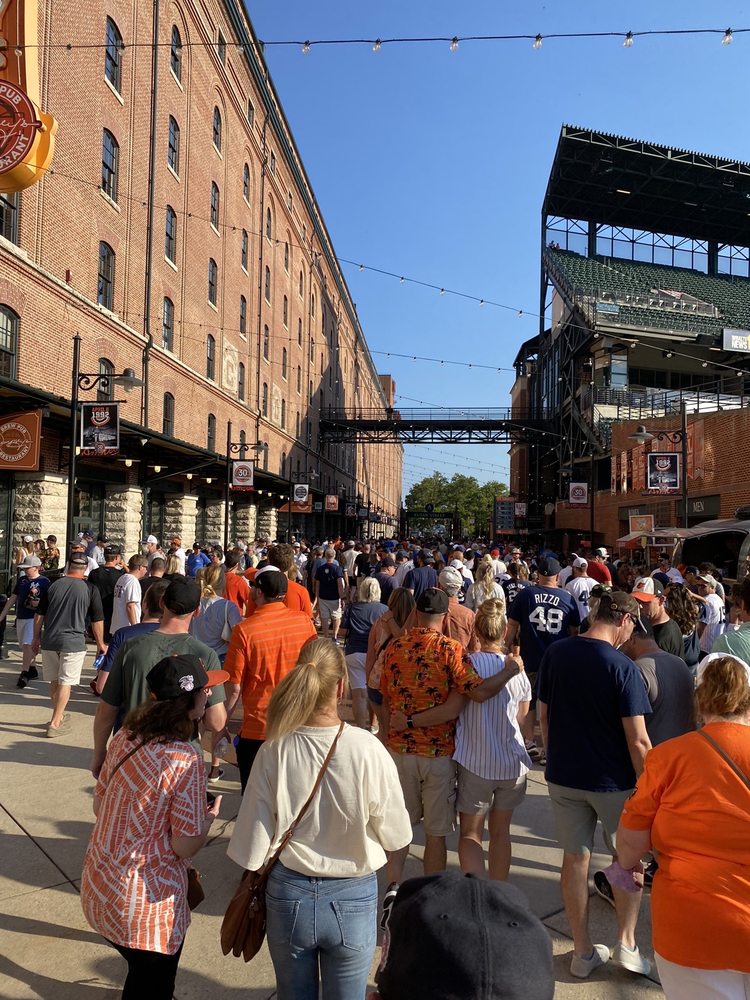 Oriole Park at Camden Yards, often referred to as just Oriole Park or Camden Yards, is a Major League Baseball (MLB) ballpark located in Baltimore, Maryland. Home to the Baltimore Orioles, it is the first of the "retro" major league ballparks constructed during the 1990s and early 2000s. It was completed in 1992 to replace Memorial Stadium. The park is situated in downtown Baltimore, a few blocks west of Inner Harbor in the Camden Yards Sports Complex.

Ballpark is clean, staff is friendly, food is great and lives up to the hype of being one of the best ballparks in the MLB. Definitely worth a visit! Read more

Reviewed by
Maira B.

Fun! Came here for and Orioles VS Astros game last night... and enjoyed myself. The area has plenty of parking, the lines aren't horrible and staff was friendly! I had few cocktails there (CUT... Read more

WOW! The only thing more impressive than the stadium is the enthusiastic fan base. Talk about team spirit! The crowd-with at least one exception-was all about the home team and unitedly clothed... Read more