The Jersey Turnpike has the distinction of being America's sixth-busiest toll road. It's also one of the most heavily traveled highways in the entire country. Here are a few of the coolest hidden gems along the Jersey Turnpike.

Pick up the turnpike in Pennsville, just outside Wilmington, Delaware. Fun fact: This town is home to New Jersey's westernmost point!

Sure, it might not look like the black-and-white lighthouses you'll see along more shorelines, but the steel skeleton of the Tinicum Lighthouse has a gritty, New Jersey sort of charm. It opened in 1880 and is still guiding ships with an automated light to this day!

Fort Mercer and its sister, Fort Mifflin in Pennsylvania, defended the river and prevented the British from using it for transportation. In the end, both forts were destroyed and abandoned, but what remains has been preserved at Red Bank Battlefield.

New Jersey is known for a lot of things. They've got their own cryptozoological monster (The Jersey Devil, not Snookie), they won't let you pump your own gas, and they even have their own den of sin in Atlantic City. But one thing you might not know about the Garden State is that the area lays claim to being the place where the world's first dinosaur skeleton was discovered: Hadrosaurus Park. I know, right?

In the summer of 1858, fossil enthusiast William Parker Foulke was on vacation in Haddonfield, New Jersey, when he began to hear rumors of giant bones in a local quarry. Acting on a hunch, he hired a whole bunch of workers and spent the remainder of the summer digging for the mysterious bones. His hunch paid off. In October, he discovered the massive remains of the Hadrosaurus, an prehistoric beast larger than an elephant. It was the first discovery of a near-complete dinosaur skeleton, and it kick-started the entire field of dinosaur paleontology.

You've been driving along the turnpike for awhile. Treat yourself to a cold beer at Flying Fish Brewing Company. Tour their operation, enjoy a pint (Redfish and Hopfish are solid) in the taproom or on the patio, and take the edge of driving the turnpike off.

If you're making the trip with kids, then you can get them out of the car to burn off some extra energy at the Garden State Discovery Museum. It's a massive interactive, edu-taining playplace with a dinosaurium, a bubble trouble room, a theater, a tree house, and tons more.

The USS Olympia is the last surviving warship from the Spanish-American War way back in 1898. You can visit it at the Independence Seaport Museum. Be warned! Many people say it's haunted... so if you're not in the mood to meet a ghost, you can check out the Submarine Becuna or the Schooner Diligence here as well!

We love a good offbeat, roadside attraction, and this abandoned futuro house fits the bill nicely. Designed by Finnish architect Matti Suuronen in 1968, the Futuro home was once hailed as a defining moment in '60s utopian architectural design. Now, they're mainly used as kitschy novelty houses or lay abandoned, rotting away throughout America. Playboy once featured one as the "Ultimate Bachelor Pad", but this particular one once operated as a "Spacebank" complete with "Space Tellers." For real. Not surprisingly, it didn't last long and was abandoned.

Cream Ridge Winery: proof that wine made in New Jersey isn't that bad... it's actually pretty good. $5 gets you ten samples; they craft whites, reds, and even fruit wines, and since you get to taste so many, don't be afraid to get adventurous with it, Jersey-style!

Located in Rutgers Gardens, this bamboo forest is the ultimate serene retreat into nature. Stroll the winding pathways through the dense, shady groves of mature bamboo and clear your mind of the stress of the turnpike!

No road trip is complete without a stop at a "world's largest" something, so a stop at the world's largest lightbulb is almost required. Snap a photo from outside, or pony up $5 for the tour, which is all about the inventor of the lightbulb, Thomas Edison. Bonus points if you drive past at night and see it all lit up!

You'll have to appreciate it from the outside, since the abandoned Essex County Jail is in pretty bad shape these days, but it's worth the stop. It was built in 1837 and is the oldest public building in Essex County. It's even on the National Register of Historic Places, and scenes for the 1991 movie "Malcolm X" were filmed here!

Hop off the turnpike in Fort Lee, New Jersey. You've survived the trip! Fort Lee is actually a really interesting little town: it was named for an American Revolution encampment and was the birthplace of the American film industry, before it moved to Hollywood. Cross the Hudson into Manhattan, and celebrate completing the turnpike!

Driving the New Jersey turnpike doesn't have to be a chore, as long as you have an E-ZPass and a few extra hours to spare! 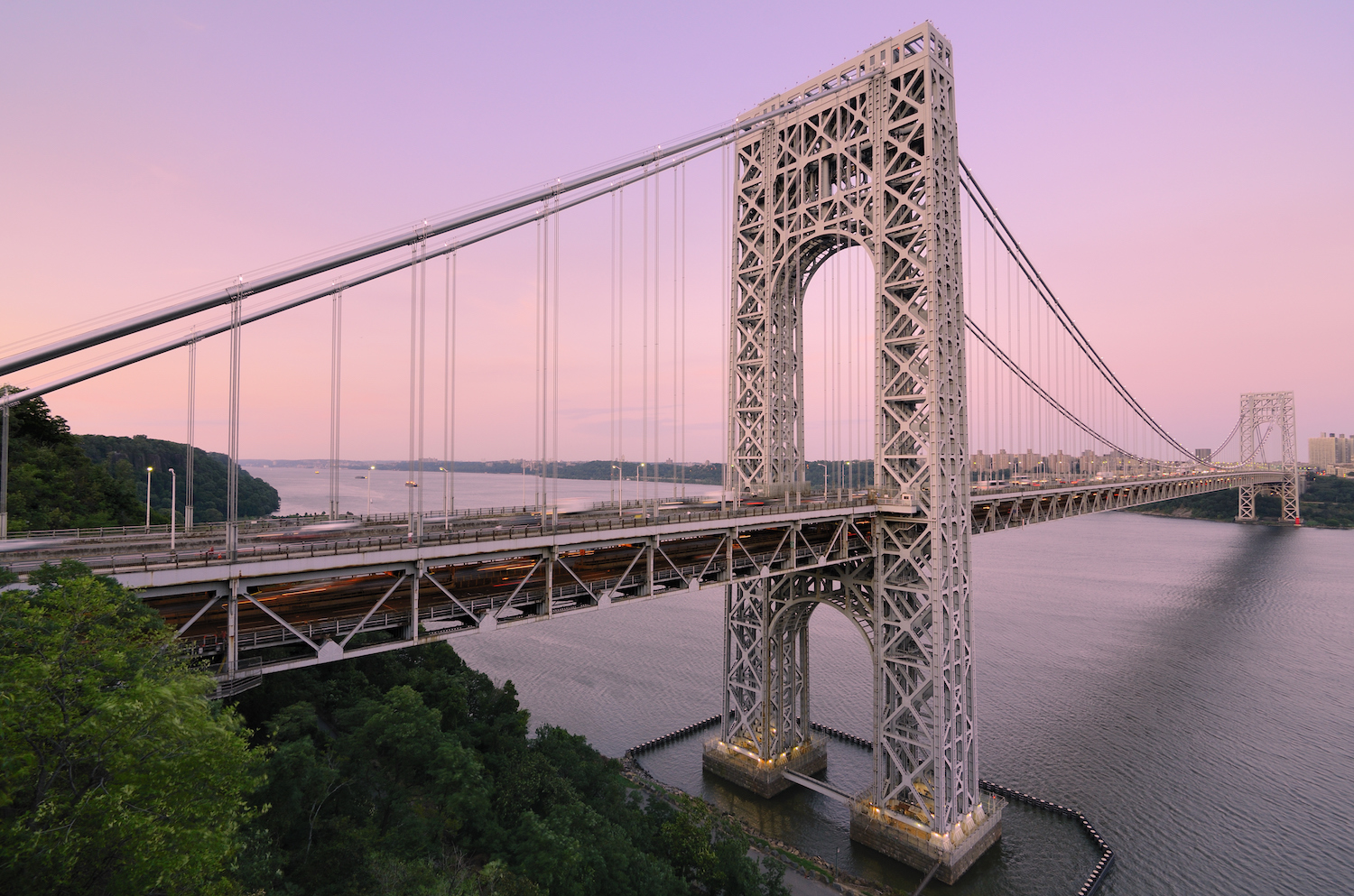